"Helping you help yourself to survive"

In the news and from politicians you often hear that 33,000 Americans die annually from “gun violence”. What they don’t tell you is that 60% of those are suicides that need to be addressed in an entirely different manner than criminal gun violence. Criminal gun violence claims the lives of about 11,000 people in the US annually, however, that still doesn’t tell the whole story because about 80% of those deaths are gang violence related. Usually between rival gangs for revenge, drug sales or turf wars which again, require their own form of intervention by police, religious and social services. Finally, we get to what you and I are worried about and that is criminal gun violence against innocent citizens, in their homes and on the street, that kills about 3-5000 people per year. This where we, as citizens of the U.S., have the unique and protected individual right to personal defense with a firearm. It is an inalienable right and therefore enshrined in our Constitution, specifically stated in the Second Amendment of the Bill of Rights. It states;

“A well regulated militia, being necessary to the security of a free state, the right of the people to keep and bear arms, shall not be infringed.”

America is the only country on the planet that protects the citizen’s right to self protection and protection against tyranny in such a strong and unambiguous manner, that it is written in our Constitution, as a warning to the people’s government, that in this republic, the government can make no laws that disarm the law abiding citizens of this country. We are guaranteed the unalienable right to Life, Liberty and the Pursuit of Happiness and the 2nd Amendment facilitates all three. 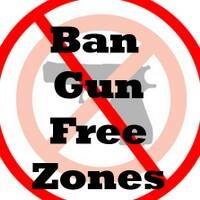 Criminals, by their very nature, do not follow laws. Their evil intent cannot be regulated or legislated under control. As a compassionate society we try punishing them, rehabilitating them, and we intervene in their lives to redirect them towards a lawful existence. Sometimes that just doesn’t work, sometimes there are just too many and sometimes we miss them completely and they fall thru the cracks. People are like anything else, there are some really good people and some really bad people and then the rest of us in the middle and susceptible to going either way. Police are there to enforce the laws, not provide personal protection to every citizen. As good and well trained and equipped they are, too often criminal violence happens too quickly for them to be of any help. Except for writing the report about what happened and being on the lookout for the criminal, then hopefully catching and holding them until they receive a fair trial at a later time.

The best, most effective, modern tool, for the protection of life today, is a firearm. It is an equalizer in the sense that the winner and loser of a conflict is not determined by who is biggest or strongest. Men attacking women do not have an advantage if the woman has a gun she has trained with, practiced with and is ready to use. The most frail Granny has sent multiple menacing attackers running by simply pointing her gun them.

So, if 5000 people are dying due to the criminal misuse of guns each year, how many are saved by the responsible use of guns? Recent government funded studies say between 1.2 million and 3 million instances of defensive gun use occur each year. In the majority of cases the gun is never fired. Because of this, it is hard to come up with an exact number as many also go unreported. So guns save far more lives than they take, by a wide margin. You also want to look at the fact that violent crimes (murder, rape, aggravated battery, aggravated robbery) have been on the decline since 1993. During that same time, the number of responsible law abiding citizens have taken responsibility for their own protection and qualified for concealed carry permits that today is 17 million people, not counting those who choose to carry in permitless, or Constitutional Carry, states like Missouri. 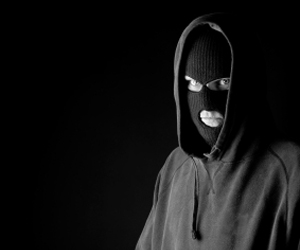 The good news is, the likelihood of you having to fight for your life against a criminal is slim. However, you must recognize that crime and criminal violence can happen anytime, anywhere, to anyone for any reason. If it happens to you, it is better to have a gun for protection when you need it, rather than need one and NOT have it. I realize that I’m preaching to the choir here because you probably wouldn’t be reading this unless you  recognized your vulnerability and decided to do something about it. So, if you would like learn how to safely handle and effectively use firearms for self protection, check out our classes.

Join in on the fight for your Rights